Older Trips we have taken 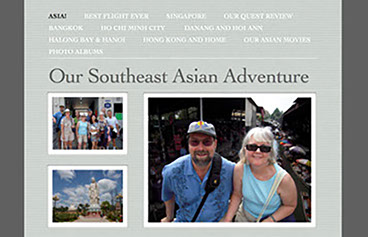 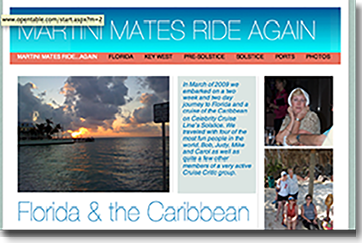 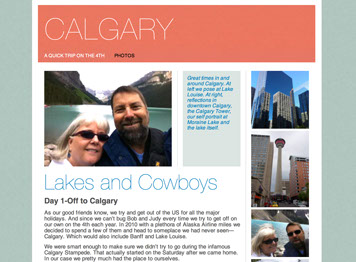 In February 2010 we embarked on a very long flight followed by a short stay, a two week cruise and another short stay in a part of the world we not only had never been to but never thought we would travel to in our lives—Southeast Asia.

March 2009–In the Caribbean with the Mates on Solstice

In March of 2009 we embarked on a two week and two day journey to Florida and a cruise of the Caribbean on Celebrity Cruise Line’s Solstice with the Martini Mates.

We try and get out of the US for all the major holidays. In 2010 with a plethora of Alaska Airline miles we decided to spend a few of them and go to Calgary. 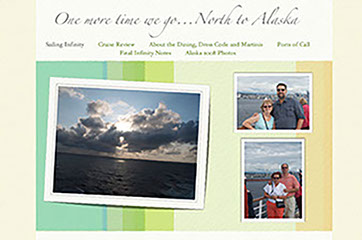 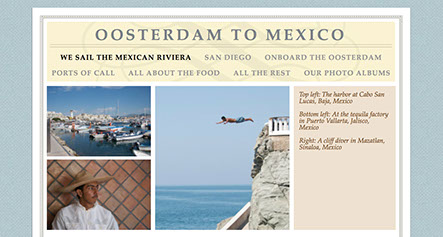 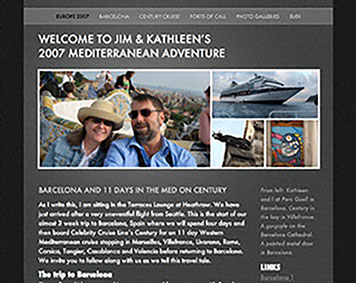 We take a break from Celebrity and cruise with Holland America. It's a true comparison of the two lines with a cruise on the Mexican Riviera. 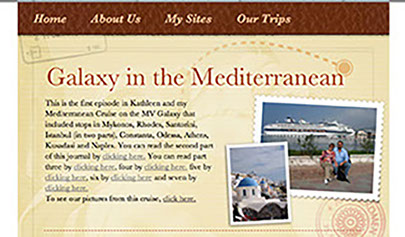 We spent four wonderful days in Barcelona before boarding Century for a trip around the Western Mediterranean. 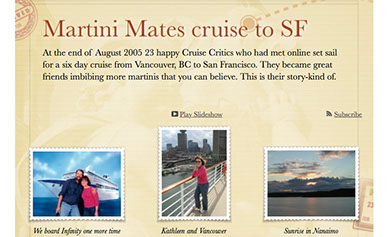 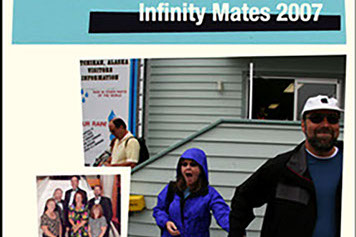 After a  long summer of hard work and stress we needed a break. The best thing we could think of was a break on our favorite ship with our favorite people (Bob and Judy)

After almost exactly 2 years, a good-sized contingent of the original Infinity Martini Mates were joined by a number of new members on a seven day cruise to Alaska aboard...what else...the Infinity.

A truly amazing trip on the MV Galaxy that started in Rome and included stops in Mykonos, Rhodes, Santorini, Greece. Then on to Istanbul, Turkey and into the Black Sea stopping at Constanta, Romania, Odessa in the Ukraine before returing for stops in Athens, Greece, Kusadasi, Turkey and Naples, Italy. Click the graphic above to see the entire report.

Sorry folks, this one is just pictures. Not a review to be found. 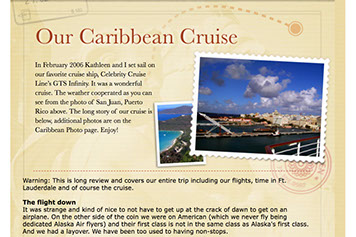 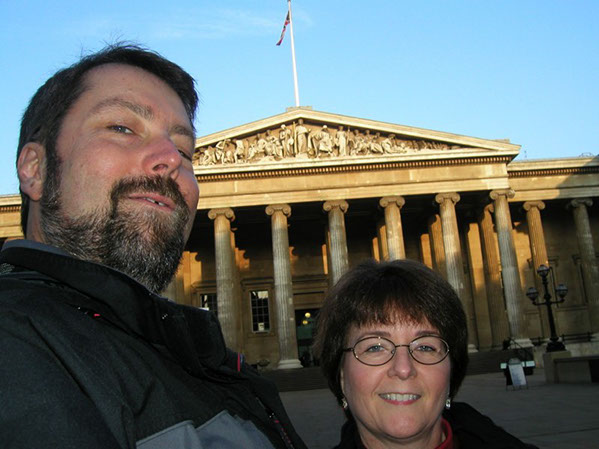 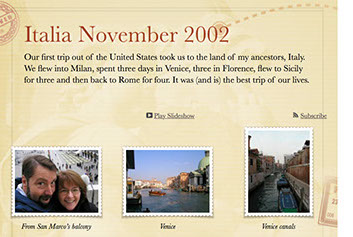 Our first Caribbean Cruise. Didn't like it then. Don't like it now. But we would still go if we could.

Just photos of this one.

Our first major trip to celebrate turning 50.
Only photos here as well.